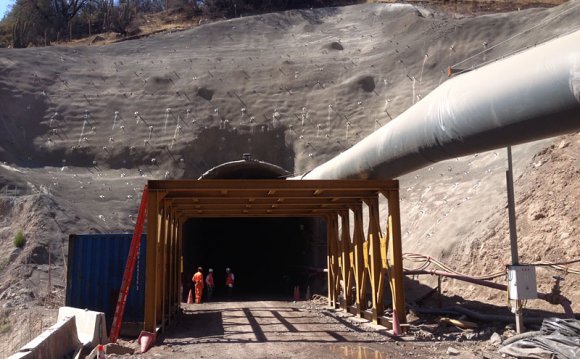 Georgia plans to build a huge number of dams. Yet with 85 percent of electricity needs satisfied and exports not being taxed, these plans will rather benefit private investors than offering sustainable development for Georgia.

Blessed with staggering mountains, Georgia has a largely unexploited hydropower potential (see ) on which private investors, the Georgian government and international lenders have set their sight.

Experience and ongoing monitoring shows that while some hydropower projects would only bring marginal, if any, benefits for locals, the risks associated with them are largely being underestimated or ignored.

Read the briefing:
Hydropower in Georgia - Impacts on communities, the environment and the economy (pdf)

At the same time the opaque ownership of the project company (registered in a tax haven) and its contractual obligations make the purported benefits of the 702 MW project doubtful.

A historical view on the Georgian energy sector, the effects on local communities and the role of international financial institutions.

Not far from the site for Khudoni, another controversial large dam project, the, is being planned. It is the most advanced of Georgia's massive plans for hydropower installations in the Upper Svaneti region. It will deprive the local community of ethnic Svans of lands and livelihoods, but potential negative impacts have not been properly assessed.

A cascade of projects

An interactive map of planned hydro installations in the Upper Svaneti region shows how dense and without strategic planning these investments have appeared.

Also smaller projects like the Dariali (pdf) and the Shuakhevi (pdf) HPPs can pose substantial risks, even when no dams have to be built.

Apart from damaging the rivers' biodiversity, the projects are being constructed without proper assessment of the geological conditions. Two fatal landslides in the Dariali Gorge revealed the irresponsible decision-making by the investors and the Georgian government.

Resettlement and lack of legal protection

Georgian communities that face hydropower projects have difficulties protecting their rights as affected stakeholders and landowners.

In addition to the threat of losing their land or being resettled, farmers may have to face reduced access to water for irrigation or higher risk of flooding due to dam constructions. Both exposes them to an increased food insecurity.