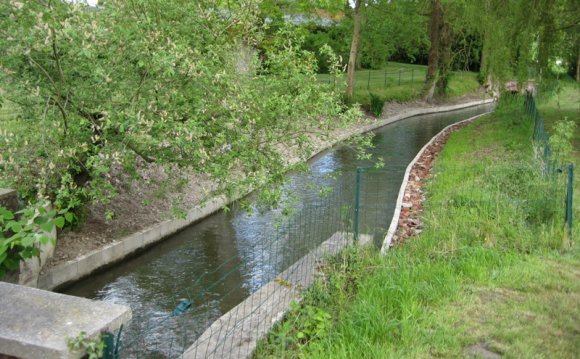 It's probably one of the most under-exploited types of green power. Whenever salt liquid and fresh water combine in estuaries, a chemical process does occur that may be harnessed for electrical energy generation.

Relating to one estimate, this “blue energy” is really plentiful that it could meet all our requirements – when we are able to find a good way to touch it. Could ‘blue’ function as the brand-new green?

Blue power was first recommended in 1954 by a British engineer known as R E Pattle. It really is sometimes called “osmotic power”, as it exploits the trend of osmosis. To understand just how this works, visualize two solutions of liquid with various levels of a dissolved compound like sodium. If these two solutions tend to be separated by a thin “semi-permeable” membrane layer that lets liquid through not salt ions, then water will obviously pass from less- to the more-salty part. The circulation of liquid across the membrane builds up force using one part you can use to drive turbines and generate energy.

It absolutely wasn’t possible to exploit Pattle’s idea for energy generation through to the 1970s. That’s whenever artificial materials to make semi-permeable membranes became commercially offered. An Israeli scientist called Sidney Loeb recommended they could possibly be found in just what he labeled as “osmotic energy flowers”; Loeb hoped they may harness the energy circulated whilst the Jordan River blended with the salty Dead water.

Such power flowers actually work best maybe not once the flow rate across the membrane is really as big possible, however when its slowed up a little. This could be carried out by squeezing the sodium water so that the pressure hinders the influx of fresh water through the other side of the membrane layer. Consequently, this technology is called “pressure-retarded osmosis”.

The very first blue-energy plant utilizing pressure-retarded osmosis had been opened in Tofte, Norway, in '09 because of the company Statkraft, with a producing ability of 4kW – a tiny figure compared with the 5, 000kW typical of a little nuclear power-plant. But even though process worked, the organization found that it had beenn’t affordable – the products just didn’t produce sufficient capacity to counterbalance the prices of building, operation and maintenance. Statkraft closed the plant in 2013.

All the same, commercial designers have actuallyn’t already been discouraged. Within Dutch liquid institute Wetsus in Leeuwarden, a spin-off company called REDstack features begun to exploit another type of osmotic-power strategy labeled as reverse electrodialysis (RED) in a prototype power-plant. This system is a little distinct from pressure-retarded osmosis. It requires membranes that allow the salt ions – as opposed to the water molecules – to pass through.