How to create electricity with water? 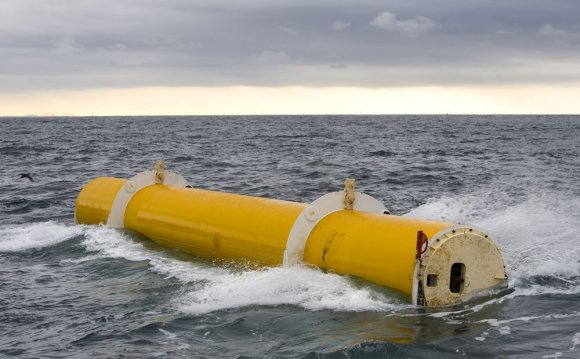 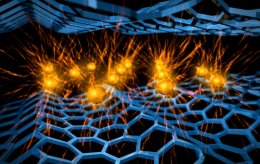 In today's strange technology development, scientists have indicated that they can produce electricity by evaporating water from a chunk of soot. The research drops into the category of systems that extract electricity from waste energy around us—kind of like creating electricity from swaying structures or powering your watch from your moves. But it was an end result that I did not expect.

The experiments that comprise the latest work are simple that just about everyone can do all of them themselves. Take a hydrocarbon of choice and set it up on fire so that it burns with a yellow flame. Then hold a bit of glass when you look at the flame so that it gets covered in soot. Later, reveal the carbon to an atmospheric plasma. Tape some electrodes toward carbon and then lower it into some liquid.

The permeable carbon drags water into it self through capillary causes, as soon as water later on evaporates through the carbon area, electricity is created. Very little, admittedly, at 53nW per square centimeter, but nonetheless enough to boost eyebrows.

It turns out that there surely is a commonly understood apparatus that could trigger this result. Water constantly has many ions inside it, so that as it flows, it drags these ions along. So you get an electric current associated with the movement of water. In cases like this, the flow is caused by evaporation, however you could get the same impact through the water flow downward via gravity.

Oddly, but that movement isn't producing the majority of the electrical energy. By managing where the evaporation might take spot and calculating current as a result of flow just, the scientists behind these experiments determined that the online streaming water added about one-fifth for the total current.

In which does the remainder result from?

It's quite obvious your scientists on their own cannot really understand where in fact the charge is originating from, nevertheless they've made every effort to get rid of possible systematic errors. They utilized an admirer to alter the price of evaporation, which indicated that the current diverse using the evaporation rate. They exposed and shut the container to start out and prevent evaporation, which switched the voltage on and off too. They utilized deionized water for some experiments, but they performed some with varying levels of salt showing your current was not simply due to ion contamination.

The team ran the experiment all day, showing that provided that there is liquid to evaporate, the carbon sheet created a voltage. Additionally they placed numerous electrodes at various levels in the carbon sheet, plus the current got increasingly higher for electrodes higher on the carbon sheet. Existing cut out whenever electrodes were put beyond the height for the liquid line inside sheet.

And so I'm quite certain that the scientists are making electricity—they also powered a tiny Liquid Crystal Display screen. But I do not understand just why it works.

To spell out the voltage, the researchers turned to the carbon surface. Carbon soot is quite hydrophobic, and thus it will repel liquid. So without changing the outer lining, water would not be drawn in to the pores. By revealing the outer lining to a plasma—a plasma is a gas of ionized atoms and molecules, that are very reactive—the scientists partly oxidize the surface, making it hydrophilic. The oxidized surface attracts water in and a large surface from which it can be evaporated.

The researchers computed exactly how liquid sticks into partially oxidized carbon area. The outer lining, as it's produced in the research, is nearly impractical to model. Basically, it is lots of tiny flakes of highly defective graphene, in addition to plasma produces most partly oxidized carbon atoms inside graphene flakes. Therefore the calculation was limited to a graphene sheet with several oxidized carbon atoms within the sheet, together with accessory of the water particles on carbon level could then be modeled.

That is all quite synthetic, nonetheless it provides a hint. It turns out that for every single three water particles, the graphene sheet donates two electrons. The existence of liquid seriously leads to a charge instability throughout the water-carbon interface. A charge separation across an interface appears slightly like a fuel cellular, in which limited reactions are executed on different electrodes, but this is simply not what is happening here. There aren't any responses and nothing to push a charge movement.

I mightn't expect the water would carry its ill-gotten charges away with regards to evaporated, and so I cannot see how that would induce an ongoing flow both. Also, evaporation removes energy—the water digests power to no-cost itself from the area and float away—so I'm a little dubious so it in addition creates energy by means of an ongoing.

The more I think about it, the complete stranger the outcome seem. The utmost present ended up being assessed becoming 30nA per square centimeter. There are about 1015 carbon atoms per square centimeter (this will be an underestimate considering that the area just isn't level). Which comes in at about 100 carbon atoms per million that contribute an electron. You may estimate the cost produced per evaporated water molecule. At about room-temperature, you could expect on order of 1021 water particles per square centimeter to leave the surface. So one fee is generated per billion or more water molecules.

The upshot is if this result is really due to a surface reaction of some kind, it is extremely inefficient. But it doesn't really matter at present (may possibly not also be a surface effect, all things considered). The most important thing is the fact that the scientists have verified electricity generation in an exceedingly easy system. The generation may be due to some other effect like osmosis, a thermal gradient, or any number of other things. However it are often possible to enhance this technique to build larger amounts of electricity. Even at reasonable efficiencies, it may be adequate to keep low-power products chugging along in background.